From the Etruscan Tarquinia – with optional excursion to the necropolis of Cerveteri – to Lake Bolsena and Vico, the Cimini Mountains with a visit to the monsters of Bomarzo.

This journey leads to the discovery of the Tuscia PDO production area, in a lush green landscape, all enclosed within Tuscia, characterised by a landscape climbing from the sea to mountain across plains, lakes and hills. 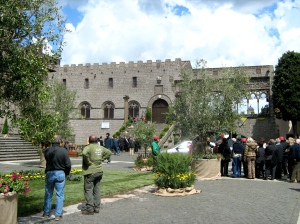 It is also an area rich in history and art as it preserves vestiges and monuments ranging from the ancient Etruscans to the Middle Ages, Renaissance and Baroque; but it is also a unique example from the naturalistic point of view considering the natural reserves, parks and an important geographical diversification.

Anyone deciding to visit its wonderful villages, like Civita di Bagnoregio, Caprarola or the singular Bomarzo with its Park of Monsters, the beaches or the Lake Bolsena area will not be disappointed even by the oenogastronimic side. Tuscia is in fact renowned for the production of olive oil, carried out by small family run farms, DOC and IGT wines, and offers a basket of local products to indulge in. Leaving Rome, the itinerary reveals itself as a journey in the history of the Etruscan world, passing through the archaeological ruins of Veii, notorious rival of Rome for the control over the Tiber river.

The indelible traces of the Etruscans are visible even more in the province of Viterbo straight after the very old town of Sutri, known as “Claustra Etruriae”, the gate to Etruria.

This charming village, standing on an impregnable spur of tufa rock between the volcanic slopes of the Mounts Sabatini and Cimini, preserves, in only 7 hectares of land, an interesting park with ruins of Etruscan tombs and the amphitheater, considered one of the most evocative ancient monuments of Lazio dating back to 1st century B.C., completely dug into tufa rock. Also worth a visit is the rock church of the Virgin of Childbirth with the original three naves and frescos depicting the legends connected to the Sanctuary of St. Michael in Gargano: an unmissable stop for tourists and scholars.

Proceeding along the Via Cassia, one reaches Vetralla, a village still living its old tradition, nature and oenogastronomic products, especially extra virgin olive oil that has reached high levels of production in the area, both in terms of quantity and quality.

Immersed in a landscape revealing everywhere the signs of a glorious past, one reaches the so-called three jewels of Etruria: Tarquinia, preserving a priceless heritage in its painted tombs, Tuscania with its rock tombs and the Vulci Archaeological Park.

Tarquinia, one of the oldest cities of the Etruscan confederation, is currently a medieval town, surrounded by high and solid walls, with towers, churches, palaces and houses, made mostly of limestone (the “macco”), in Byzantine and Norman-Sicilian style, conferring to the town a very picturesque aspect.

A mandatory stop is undoubtedly the visit to the Palazzo Vitelleschi, a splendid Gothic-Renaissance building of the first half of the 15th century, the seat of the National Etruscan Museum, one of the most important in Italy, housing several remains found in the site of Civita, the ancient Etruscan city now known as Tarquinia. Famous are the winged horses, a symbol of the mother city of the Etruscans.

Just outside the walls, there is the necropolis of Monterozzi, recognized by UNESCO as a World Heritage Site because of the high number of tombs painted with scenes of banquets, games, animals, wrestlers and demons, that have allowed the tracing of the history of this people.

For archaeology fans, a quick detour from Tarquinia, on the way to Rome, leads to the town of Cerveteri and more precisely to the Banditaccia necropolis, the best example of Etruscan funerary architecture. The visit is a real journey through the streets and “houses” of the dead. Thanks to audio-visual projections, virtual reconstructions, lighting and sound effects, 3D videos, it is possible to revive the true atmosphere of that time.

Leaving the banks of the Fiora river, from Vulci it is possible to reach the beautiful city of Viterbo and visit one of the most popular seaside destinations of Lazio: Lake Bolsena with its water completely bathing and beautiful towns overlooking the lake.

Another stop on the itinerary is the charming town of Bagnoregio, with its hamlet, Civita, better known as the “dying city” because of the erosion of rock that undermines the base of the spur on which it stands. The village is reachable only on foot, across the drifting atmosphere of its narrow streets, passing the ancient St. Mary’s Gate and enjoying the view of St. Donato Square hosting the Cathedral with its beautiful bell tower. Visitors enjoy views of the badlands in the surrounding valley, caused by specific geological phenomena giving the peaks the resemblance to stone cathedrals. Worth a visit is also the small Museum of Rural Life housed inside an Etruscan.

The journey cannot end without a visit to one of the most unique artistic sites in Italy: the Bomarzo Park of Monsters, wanted in the 16th century by Vinicio Orsini in memory of his beloved wife.

He asked the architects Pirro Ligorio and Giacomo Barozzi da Vignola to settle “impossible” constructions, monsters and mythical beasts in the park.

The visitor remains fascinated and amazed by tilted houses, monstrous statues and mysterious puzzles to unravel. The sense of the site is brilliantly summarised and represented by the inscription of a pillar stating: “Sol per sfogare il core” (meaning, Only to ease the heart). 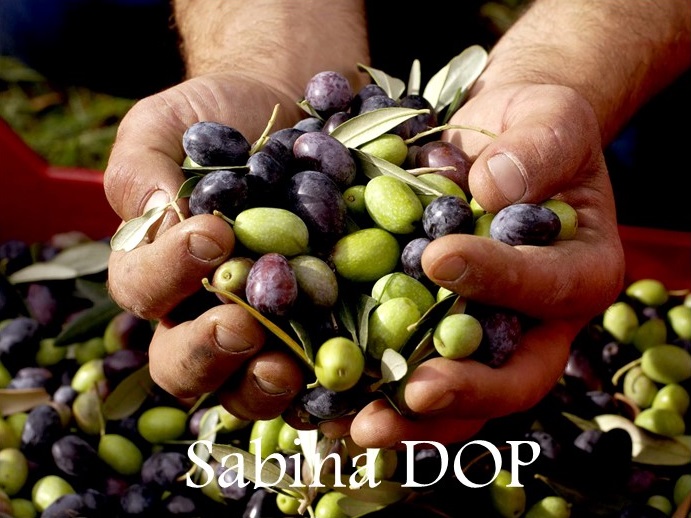 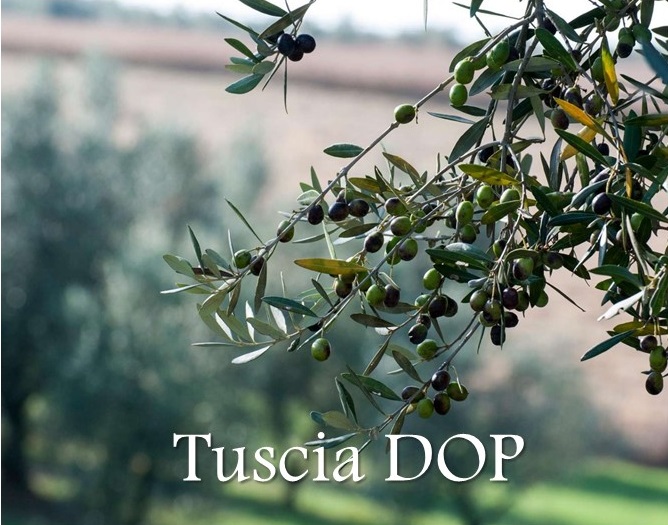